There are quite a few candidates that run for CSM this year that want to get Wormholers votes and it is generally hard to decide which one you should go for. Typically you can ask any CSM Candidate questions and will get a well-thought-out response, but after that deciding who to vote for is still quite hard. So I decided to build a little questionnaire, and ask all of them the same questions, to paint a more comparable picture. I will explain why I decided to run each group of questions and what I intended for them to bring to light, while at the same time trying my best to stay neutral.

Please Note: I did the data collection before the live candidate announcement, and as a result have Orin Borider and malak93, who did not get announced. Their data will however stay in here for completion.

This is question is probably not the best one to decide on, but it hopefully sheds some light on to what exactly the candidates are doing out there in space.

From here on out questions usually come in a pair, the first one defining the current state, and the second asking for the ideal state in the future. In this first one, it was asked how the candidates personally spend their time, and how they would see a general time balance for wormhole residents in general.

In the second part, there is slightly less distinction, as one cannot really advise others to just spend their time ganking, doing evictions, or only engage in consensual PvP, which should be up for every one of us ourselves. Also writing down how much time people should spend out of the actual game should be up to the individual players, and was therefore excluded.

While it is inherently interesting what people spend their time with, the other graph is probably even more interesting. Just based on the question “How much time should be spent scanning?” there can be a lot of debate. Is scanning engaging gameplay? Would other gameplay suffer if there wasn’t any scanning needed? and so forth.

This difference is pretty fundamental to a lot of games and the way they are played, and essentially sorts games into different genres, and changes the audience that plays the game as well.

You can probably even group Numerical & Monetary Advantage vs Tactical & Mechanical Advantage, with the former being the stuff that is usually predetermined for an engagement, and the latter being stuff for which you need to react at a moment’s notice. Just based on that there can be interesting discussions again. The past one here is personal, while the one for the future is in general.

I left out the “credit card advantage” because I thought it would deter too much from the other ones, but that could be another talking point here.

This one is about figuring out how people want their game, should everything be viable in some way? Or should there only be one thing and frequent changes so you have to keep on your toes? I asked about the current diversity – how many things have been Meta in the past 3 years, as well as the rate of change – how much stuff has shifted. Both of these are in general, so not tied to the individual candidate. I then asked to about their general idea for the next 3 years.

If this seems like a “did he click all the boxes?” question then please keep in mind that diversity and rate of change are somewhat opposites, if the meta changes a lot, then there need to be specific things that are good, while if almost everything is ok, there isn’t much that can change in a fast period.

Another specific thing that one could ask here is about the local meta distortions, represented in wormhole effects and wandering storms in eve. I however had a hard time making a good question there, so I decided to leave it as is.

This one is pretty simple, I just asked how often the candidates do evictions personally, from never (0) to weekly (10). Then I asked them about general eviction success – so not only the ones where they were present – and finally the way evictions should, in general, play out in the future (Defender always wins (0) to attacker always wins (10)).

This should pretty much lead to the home-field advantage vs perfect execution debate; Should you always succeed in an eviction if you had perfect execution on everything? Or should the defender always have a way to come back at you, even when you play perfectly?

This one is pretty simple, essentially I just asked about how many ways there are in wormholes to make decent ISK for High class and Low class each. The endpoints here were pretty vague, to be honest. From 1 being one dominant strategy to 10 being a lot of good strategies. So essentially the upper end is pretty ill-defined, and as a result, the answers are spread quite far. Looking at the differences is probably more interesting here.

This one has just recently has become more important, with the now increased use for wormhole gas. The answers range from we import everything from known space (0) to everything for known space gets produced here (10). I think these answers are really interesting, and personally, I can’t make any good comment because it always reminds me of mercantilism. Maybe this one really ended up being a “ticks all the boxes” question, not quite sure.

Points that I missed

As a final thing I asked all the candidates what point they would like to see as well in such a survey, because I knew I would not have included everything. So here is a list of things that might also be interesting to talk about.

If this happens to be well received I will probably run this again with more/other questions for next year, and definitely include something about New Player Inclusion.

In case that you have any questions about the survey or want to play with the data yourself, here are links for both Survey and the Raw Data.

I would like to thank all the candidates for answering my questions, and also having a few interesting discussions in the process. This whole thing made me fairly confident that all of them apply for CSM because they want to see Eve Online thrive (and not just go to vacation in Iceland) and I all wish them the very best of luck in their endeavors.

Finally, I would like to remind you that the CSM Vote is using the Wright Voting System. This roughly means that even if there aren’t enough votes to get someone on directly there is a chance that he gets on with votes from guys that are further down someone else’s list (Here is a more precise Example by Steve Ronuken). So you should always fill your ballot completely. 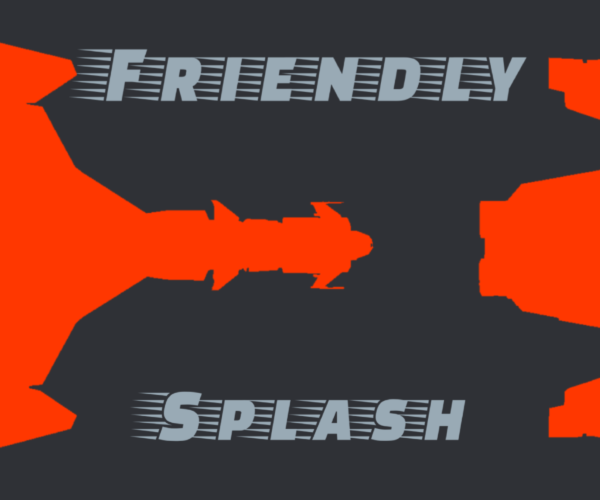